African American Heritage tour in the heart of Boston

See 50 of 100 Black Boston Heritage Tour choices and select where you want to go from the catalog list below. There are 400 years of African American Heritage in Boston to cover. Walking tours and driving tours are available for groups and couples.

Exciting! See “Ancient Nubia” now on exhibition at the Boston Museum of Fine Art in January 2020.

African American Heritage Tours of Boston’s #BlackHeritageTrail are given as a free service by National Park Service (NPS) rangers.  When the weather turns chill check before you go.  Even during summer months, tours have been canceled by NPS when the weather is bad or too hot. That’s because you will exert a tremendous amount of energy climbing steep Beacon Hill streets. Sweating is normal. Take water.  But nothing may stop you from going on your own. In fact, the trail offers self-guided tour material and audio files.

It is a terrific walking tour beginning at the 54th Regiment Robert Gould Shaw memorial monument across from the Massachusetts State House at the corner of Beacon and Park Street.  Blacks were the predominant population on Beacon Hill before the year 1900. You’ll see the oldest extant house built by a black on the hill and discover their life and story. The expert guide gives a fully narrated and guided tour. In July tours start at 10:30 a.m. and 1:00 p.m.  You’ll meet people from all over the world on the tour. We’ve got pictures and video from our recent July 8th tour. #BostonHistory

Museum of the National Center of Afro-American Artists, Roxbury

The setting is a brownstone, triple story mansion deep within the hood of Roxbury.  We toured the museum with a reader from AboutBlackBostonOnline. It was her first time ever going as it was ours. What we experienced during the tour, we may never forget. It was our lucky day, gloomy and raining outdoors, but once we stood among the masters’ artwork, all that was forgotten.

The best way to describe what you’ll see is for us to repeat what their official  says, word for word and this is it: The Museum of the National Center of Afro-American Artists fosters and presents the finest in contemporary, visual and performing arts from the global Black world. Through its teaching, visual and performing arts divisions, the brings the best of the Black world to you.

Several exhibitions are available to you. King Aspelta, who governed ancient Nubia and Egypt during the 25th Dynasty, will greet you in Aspelta: A Nubian King’s Burial Chamber. The Yoruba deities, known as Orisha, show themselves in the photographs of Reginald Jackson as they manifest their power through Nature in Orisha Domain.

Learn more about the community of Roxbury, especially its architectural history, through the photographs of Hakim Raquib and Tony Irving in Roxbury Explored. John Wilson, one of Boston’s most noted artist is honored in John Wilson Remembered 1923-2015 where his graphic and sculptural masterworks are featured.  Throughout of the Museum are works from our permanent collections representing significant artists from Haiti and other areas of the Americas.

The Museum is open Tuesday through Sunday from until . Group tours are available.

Click here for more information about visiting the Museum.

People may ask “Where is it?” It is a legitimate question. Recently, the seal of Harvard Law School was from the Royall House and Slave Quarters family estate. The were slave owners. Progressives got on Harvard’s case and they stopped using that seal for its racist, slaveholding past.

BHTNH is a non-profit organization who produces tours, lectures, symposiums, celebrations and the Black New England Conferece. The org recently received a $450,000 tax credit to help it purchase one of the historic buildings on its tour. BHTNH offers a 27 of points of interest Black Heritage Tour of Portsmouth New Hampshire. You can do the self-guided tour with audio provided or you can do the guided and narrated tour. Recently, BHTNH received recognition in New England Travel magazine as having the “Best Walking Tour” in New Hampshire.

The First Africans to land in Boston in the year 1638 memorial.

It’s not finished, its on the drawing board. Looks like it may go into the cement at Faneuil Hall which is a terrible place for it to be so hidden. Time will tell. As of the Summer of 2018, Mayor Walsh said he liked the concept introduced to him by a professor of Art at a local college, who had placed a proposal before a funding source that was looking like it was a done deal.

BlackBoston.com carries a story about it – Learn More.

The memorial design is being decided on by the project selection people and Bostonians are critiquing the proposed design selections. Any and everyone, especially people in Boston who use Boston Common are invited to put in your two cents about which design you want to see mounted on Boston Common. www.mlkboston.org 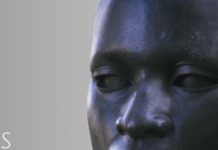 Back Bay to Nubian Square: a walking tour to the center of Black Boston 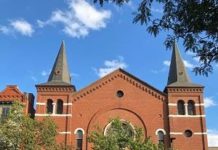 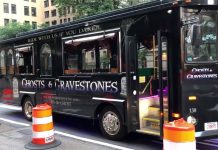