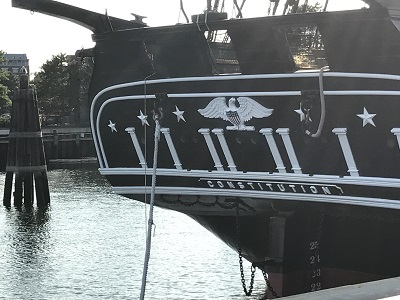 A popular tourist destination has re-opened in Boston as of May 2021 where a famed sail boat floats on duty. The USS Constitution ship set sail in 1797 and has never lost a battle. Docked at the Charlestown Navy Yard and surrounded by mothballed 19th Century era warships and guns, “Old Ironsides,” as the Constitution is affectionately named, is sailing again after taken a break during the Covid-19 pandemic period.

The ship and the Charlestown Navy Yard is a Boston National Historical Park destination. The platform was used by the Navy from 1800-1974 to repair, modernize and resupply Navy vessels that represented the United States on continents across the globe while defended the nation in times of war and peace. Its an interesting place. Ancestors and living adults around worked there for decades. The ship yard once employed tradesmen such as carpenters, ropemakers, and ship riggers. There were welders, electricians, machinists, ironworkers, pipefitters and engineers.

We visited and spent hours there. You can get there by public transportation or auto. Walking is a good way to take it in, because you will experience the residential area, scenic bridges with harbor overlooks and the tall cable stayed bridge left over by the Big Dig construction, when walking back into Boston from the shipyard.

At the shipyard and museum, you’ll see ship building exhibits and educational material about the ship building industry which began with the wooden sailing ships built with special trees felled by Black and indigenous laborers from the South.. For the USS Constitution, she looks the same today as she did in 1800. It has designs made by artists some of which can be found on the left menu section of aboutblackboston.com. The USS Constitution is the oldest, commissioned warship in the Navy’s fleet today. You’ll see sailors on it at work aboard the vessel. The public can walk up and touch big navy guns and war cannons, some wh ich are pointed dead straight at skyscraper buildings in Boston. The Charlestown Navy Yard and Museum area is a great place to shoot Instagram worthy pictures of Boston’s downtown skyline from a North angle. 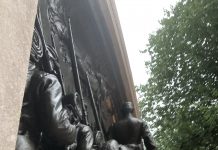 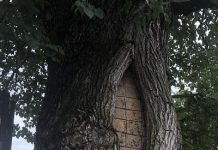 Boston Ranked in Top 5 US Cities