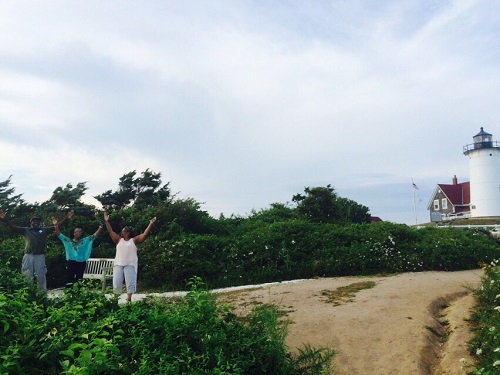 After July 4th Fireworks, these events are on

This fully narrated and guided tour follows the route of Paul Revere through Cambridge, Lexington & Concord, Visit Lexington Green and the North Bridge in Concord and see the sites that sparked the beginning of the American Revolutionary War. Enjoy lunch in at the popular Fanueil Hall/Quincy Marketplace. See all the highlights of Boston, including a stop at the Charlestown Naval Yard.

Gift shop: There is something for everyone at affordable prices in the Black Doll Museum Gift shop on the site.

Performance series: Brockton dance studio SIMDACA offered professional African dance and fitness instruction for people of all ages and skill levels. The free workshops began July 7th on Friday evenings to offer. NBDM workshops are subject to change. Recently, workshops in doll making with pencils and wireframes were provided. Museum consultants will travel to schools, companies, prision and facilities where groups are to deliver its unique diversity and inclusion and anti-bullying workshops and story telling events.

The Black Heritage Trail of New Hampshire is a non-profit organization that brings forward stories about the lives of African people and their descendants who became part of New Hampshire’s history during the last 300 years. BHTNH produces guided tours and public programs, educational materials and teacher workshops, documentary films and much more to promote awareness of African-American culture and to honor all the people of African descent whose names may not have been included in previous town histories. BHTNH celebrates a people’s history of resilience, versatility and courage and invites everyone to explore for themselves what our shared history means and bring that light into the present.

The Roxbury neighborhood is ground zero for Boston’s black cultural inventions. It is lived in by a population that is predominantly black and brown.  When African Americans were coming to Boston from southern states they settled in Roxbury. Today, architecturally interesting houses built by Early Boston’s Puritan offspring still shelter residents. Housing, synagogues and buildings built by the Jewish Community before they moved out are standing in Roxbury now. Today, Roxbury’s black and brown population is giving way to the forces of gentrification.

The Black Art Movement which began in the 60’s continues with huge, political and culturally informative  murals painted on the sides of large Roxbury buildings. The Museum of the National Center of Afro-American Artists holds black artwork you won’t see anywhere else in Boston. Roxbury’s commercial districts are bustling with shops, stores and restaurants owned by Blacks and immigrants. A children’s zoo, a municipal golf course and club house and the Olmstead Emerald Necklace and Franklin Park, where on every Juneteenth thousands of black families gather in  Franklin Park to connect, cookout and commune and the Elmer Lewis Playhouse vistas are all major components of the Roxbury area.

EMK, JFK, Commonwealth Museum
Go any day. The Massachusetts Museum, the Edward M. Kennedy Institute and Senate Chamber replica, the John F. Kennedy Museum are all on the same side of the road behind UMASS BOSTON.  There is a house in Brookline where JFK was raised or born? At the Massachusetts Museum one of the original copies of the Declaration of Independence, signed by John Hancock is there.

See the @BlackBoston Tweets Twitter channel here for more event postings as they come through. 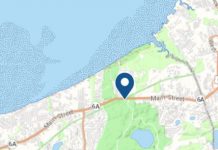 What tourists can do in Boston, the quarantine requirements are out.