I’m an infrequent user of the Quincy Adams train station terminal. It is on the left side of Hancock Adams Common behind a large apartment building retail complex that houses a Starbucks, a dental practice,  the district office of Massachusetts Congressman Stephen Lynch, a  lottery store, a huge bridal gown shop,  and restaurants serving bubble tea, Indian cuisine, and goodies like ice cream, muffins, bagel sandwiches and sweet desserts.

For years, something has been happening at Hancock Adams Common. Monuments standing there were often covered with a thick canvas. The landscaping was undone. There was construction happening on the grounds but workers were invisible. You hardly saw anybody doing anything, but it was clear progress was being made.

Introducing this feat is a video with the online article showing a  symphony orchestra playing live at Hancock Adams Common. The official location is Quincy Square where town government offices are located.  They spent $16 million to shine up the new Hancock Adams Common and hopes it draws more tourism and economic clout to Quincy. We think it will help.

The opening was a big deal. Thousands of people attended.  The Massachusetts Governor Charlie Baker, Congressman Stephen Lynch, celebrated historian and author David McCullough and the Adam Memorial Society’s Ben Adams were all in attendance and made remarks at the podium.

Brand new luxury condos have already sprung up nearby. The Quincy Public Library is short walk away and it is an awesome building with significant holdings. Luxury apartments, condos and new restaurants have opened. The streets have been scrubbed clean and painted well. The area has Quincy Community College, a Harvard Vanguard pharmacy and out-patient clinic, some state offices and many other commercial businesses.

Go there for a rich history lesson and visual exposition of statues, sculptures,  patriotic memorials, old still standing buildings, and John Adams exhibits.  John Adams, a Quincy native born 1735, was the Second President of the United States. Family siblings held important government offices as well. Across the street from Hancock Adams Commons is the official National Park Service Visitor’s Center. It has a wall mural explainer of the complete history of the Adams family – Afro-American history role included —  a cool book store and souvenir shop,  a playroom for kids and a counter where you buy tickets for the official Quincy history tour trolley bus and board it right there. 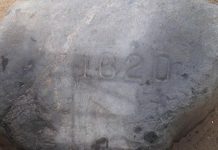 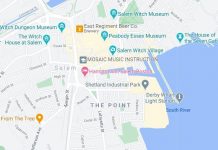