MAY 30th – June 1st will be the day workers are allowed to enter downtown office tower buildings to transact business there. Their doors have been closed since mid-March. Business activity is going to be off until late 2021 in Massachusetts. The airlines, the Northeast Corridor Amtrack trains, the interstate buses and the cruise ship dropoffs all have fewer riders. Travel is down because coronavirus infections and job layoffs reduce the number of people willing to leave their homes.

Tourism makes business owners anxious. They make a lot of money from summer visitors with bi-lingual menus and signs for international users. An average tourist from Asia or Japan $1,400 a week with a Boston business. The city receives 11 million tourists between April and September.

The directors of the largest museums have been planning for patrons to return since they closed in March. Some kept their staff on the payroll during their closure. Museums open in June. They have all been reconfigured for a post-Covid-19 world. You can expect a lot of digitalization and Timed Ticket entry offers as they re-open.

May 18th began a four-phase statewide plan to allow people and companies to operate and receive the public. There are 351 cities and towns in the state and each one is under the jurisdiction of a local mayor or town manager. The mayors will make the call for their area about what opens and how it should open. Each phase will last for about three weeks, as long as the count of new Covid-19 cases is under control.

Public Safety measures are being enforced. A lot of companies have had to retrofit seating, people movement spaces and the distance between a buyer and a cashier. Everyone is required to wear a Facemask when visiting an establishment where people will be.

Some restaurants pivoted to Take-Out only and did a brisk business. Many others tried the pivot but eventually closed due to lack of business.

You can expect to see the most popular restaurants open their doors beginning the first two weeks in June. They hope to bring the laid-off workers back. Pandemic unemployment benefits are valid until July 30th. The causes a problem for businesses who need workers. Many are not ready to go back and make less money than they will collecting unemployment.

Staffings is a bigger problem for Cape Cod dining and resort destinations. Martha’s Vineyard business re-openings can be tracked in the Vineyard Gazettee newspaper.

Friday May 22nd – At noon downtown Boston was as dead as a door nail. The office towers were empty. CVS, Walgreens a Trader Joe’s market and a few takeout restaurants were generating the only commercial activity on the streets.

We ordered a to-go meal from the Life Alive restaurant after grabbing the mail from the office. It’s on the fifth floor of a building opposite the Prudential tower. The Back Bay Social Club Restaurant anchors the ground floor space. It was closed.

Before the mayor ordered the city off limits to everyone but essential workers, commercial activity from Back Bay to the Fanueil Hall Boston Harbor piers was nonstop. A lot of money was being made all day and night long. The stay-at-home orders shut it all down.

Today Boston hotels are hoping business will return. They are beginning to re-open.

Of some ninety Boston and Cambridge hotels, forty-eight were closed on May 10. Now they will need millions of new overnight bookings to get back to where things were doing fine before COVID-19 disrupted the economy.

WHERE ARE THE 13 MILLION TOURISTS

Each year million visitors would be coming to visit between April and September to America’s oldest city.

As long as Massachusetts ranks #3 for Coronavirus hot spots in the US people will be reluctant to visit. Unfortunately, this prominent position has been broadcast to the world every day by major media.

Boston has officially canceled all large outdoor public events until after Labor Day.

There are sixteen regional councils responsible for attracting tourists and visitors to Massachusetts. Recently they hit up the Governor’s office for an extra $15 million for advertising funds to make the state’s Covid-19 “Hot Spot” nickname go away.

Will they get the funds to use? Only time will tell, and if they do, will it change the public’s perception about how safe it is to visit? Probably not for a long while. Consumers are smart. They don’t mind waiting until the state and the City of Boston have sufficiently tackled the virus threat.

MODERNA MAY HAVE A MIRACLE DRUG

Moderna, a Massachusetts-based pharmaceutical discovery firm, is often cited in the media as being a leader in developing a vaccine for it.

While the medical battle rages on, state lawmakers are being asked to tax hotel guests an extra 3% to pay for revenue losses.

There will be sun bathing at the Charles River. Bike riders, joggers and walkers are on lanes beside the River everyday. Sail boats will be out.

But this year the Boston Pops will not have the Annual 4th of July Music and Fireworks show because social distancing is impossible when 500,000 people gather in one spot.,

The national NAACP will not have its the national conference on July 25-29th in Boston this summer. A future datemaa a u be announced.

Earlier this year the tour KING TUT Boston Exhibition: Treasures of the Pharoah has an opening date of July 13th .

Your family is safer when traveling with people you know.

While boarding a tour bus may not be the best thing for everyone, you could go out on a Walking Tour or Drive Yourself with an Audio guide on playback

Buy tour books and books about Black Boston from us.

People are flocking to rural food growers with farm stands.

There is plenty to experience in rural Massachusetts where local farms, apple orchards, and maple syrup crafters would love to see you.

Massachusetts growers will have plenty of food to feed your farm-to-table appetites. If you must come for a visit you will have options to entertain yourself. 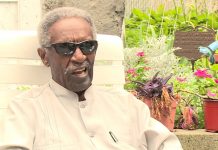 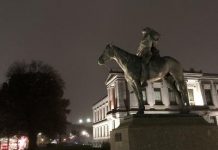 Virus causes Boston Museums to close and the Boston Marathon will be put off until later.